We have recently been awarded the St Mellitus Medal from the Bishop of London. 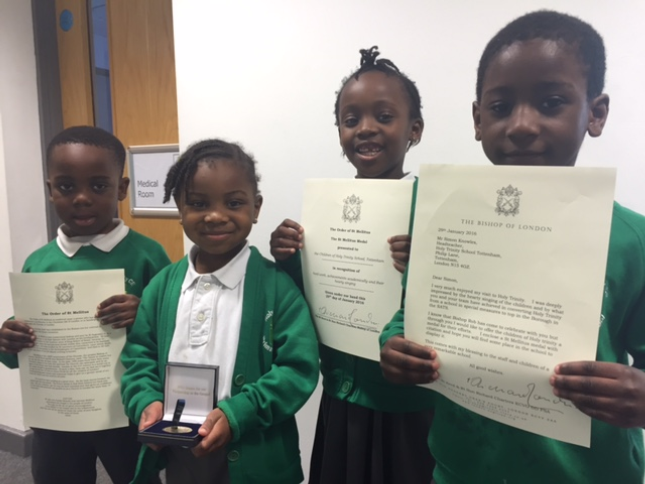 The Order of St Mellitus is conferred upon a person who has made a substantial contribution to the Christian life of London or to building up overseas links with the Diocese of London.

The Diocese itself was established in the Roman era but reverted to paganism after the Saxon invasions.

In 604, St Mellitus was consecrated bishop and sent by St Augustine to be a missionary bishop to the East Saxons with London as his headquarters.  He was driven from London by the heathen sons of King Sebert of Essex, because he refused to give them the sacramental bread unless they consented to be baptised.  He fled to Gaul, but was recalled by St Laurence of Canterbury, upon whose death in AD 619, he succeeded to the Archbishopric of Canterbury, and died in AD 624.  Of the last years of his life almost nothing is known. 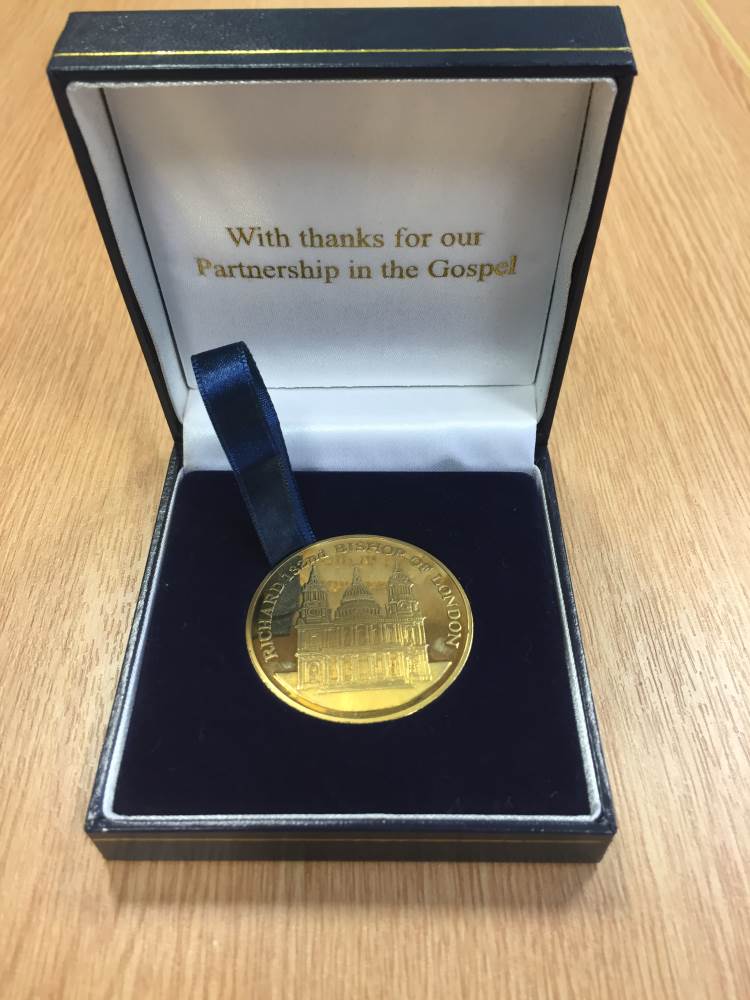 Speaking at the 1400th anniversary of the Diocese, the present Bishop of London, the Rt Revd and Rt Hon Richard Chartres, said, "The future is unseen but we can see the way we have come.  In the past 1400 years there have been many Christian visions of the holy city and how the Church can anticipate and be an agent of the future that God intends.  London in the 21st century is a world city in the midst of rapid transformation.  At such a time, how can we best serve together to express the love of God in Jesus Christ for all the citizens of
London?  Contemplating past visions and responses helps to give us a greater sense of our room for choice and the need for decision."

"It is as if we were sculling on a great river. 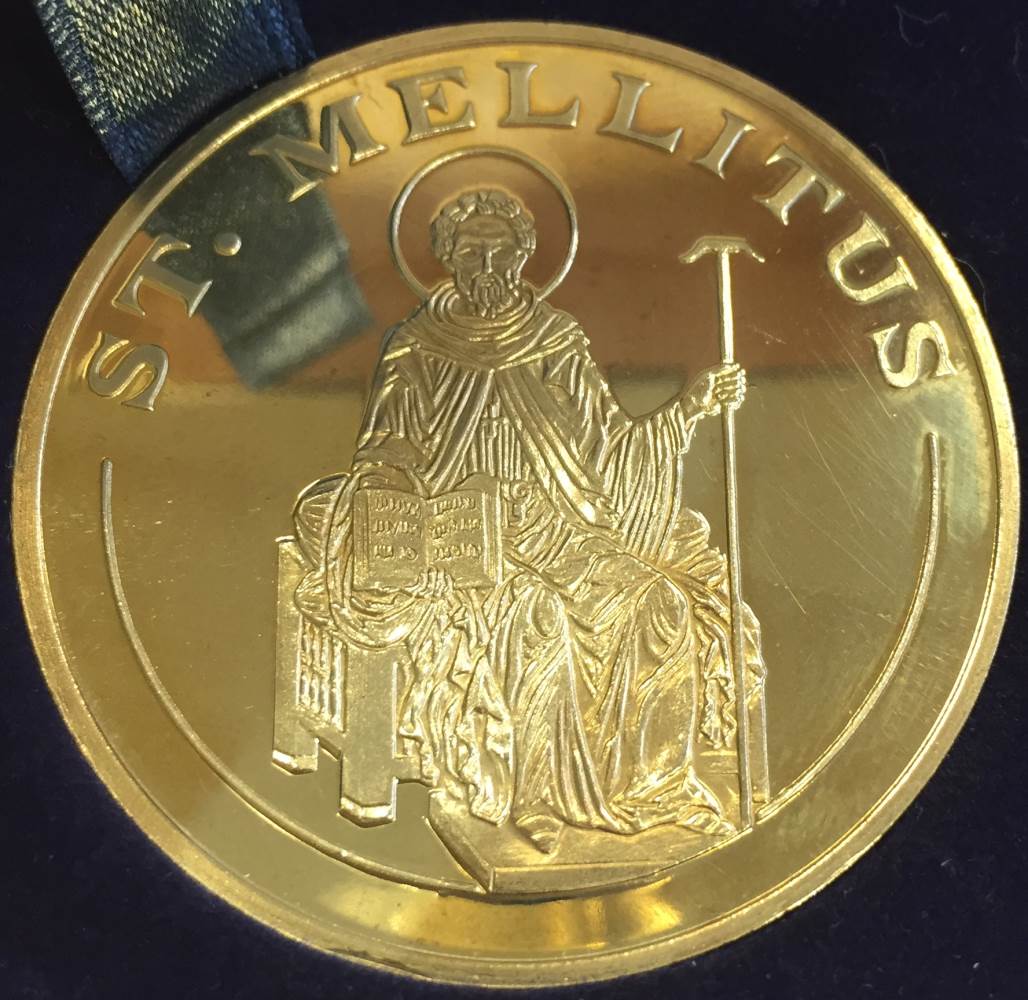 As the boat moves forward, we cannot see the way
ahead.  The future seems to flow from behind our back into view.  We can, however, see the way we have travelled and that gives us confidence in God who has protected and guided us as a Church in London for more than 14 centuries."

Lord God
We give you thanks because your servant Mellitus
proclaimed the Gospel to the people of London.
Through his life we are given encouragement
to be faithful to the Gospel and in our communion
with him and with all the saints we share in the unity of your kingdom.
In the name of Christ
Amen. 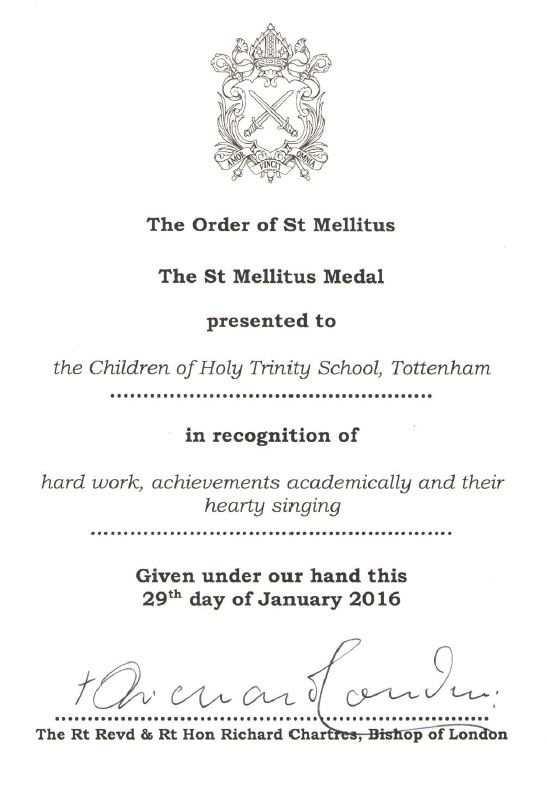